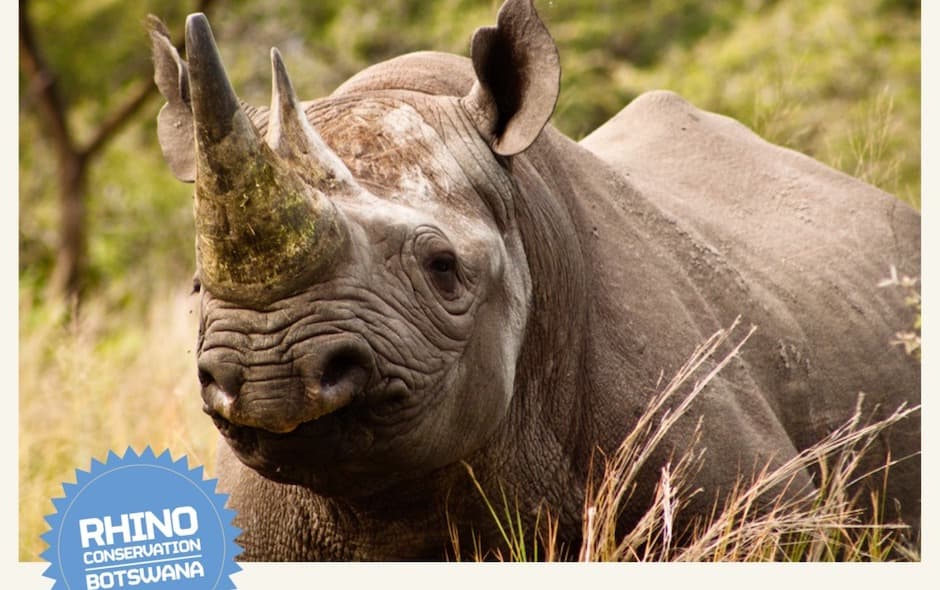 Giving Hope to the Rhino

Island Safaris are excited to announce we have adopted a black rhino, Tsholofelo. Tsholofelo is a female who was born in the Okavango Delta from a mother translocated to Botswana from a high poaching area in South Africa.

We’re very proud to play our small part in helping Rhino Conservation Botswana in protecting these magnificent created and preserving them for the future.

Rhino Conservation Botswana is working with its partners, including the governments of Botswana, South Africa and Zimbabwe, to help reintroduce black and white rhinos to Botswana. Over the next few years they aim to build populations of rhinos living wild and free in the Okavango Delta until they are of international importance.

Their long term goal is to see Botswana supporting between 5,000 and 10,000 wild rhinos.

Tsholofelo means “hope” in Botswana’s local Setswana language, and she is indeed a symbol of hope for her species. There are currently only about 5,450 black rhinos left on Earth, and every one is precious. Females like Tsholofelo are most critical to the survival of the species as she is key to producing calves and building Botswana’s black rhino population.

Rhino Conservation Botswana is hoping to build a large rhino population in Botswana, one that will become a beacon of hope for Africa’s rhinos.

Tsholofelo is a young female whose mother was translocated to Botswana from a high poaching area in South Africa. Her mother needed rescuing as quickly as possible. She was extremely calm and easy going for a black rhino and in the rehabilitation bomas would even take food from the boma manager’s hand. She settled well into the Okavango Delta, producing a calf that we named Tsholofelo.

Born in the Okavango Delta, Tsholofelo is a symbol of hope for the black rhino species. We are hoping that Tsholofelo will soon find a mate and also begin breeding.

As we learn more about the progress of Tsholofelo we’ll share the latest news here and on our social media.

If you’d like to contribute and help preserve the rhino, head over to the Rhino Conservation Botswana website and explore the many different ways you can help save Africa’s rhinos.