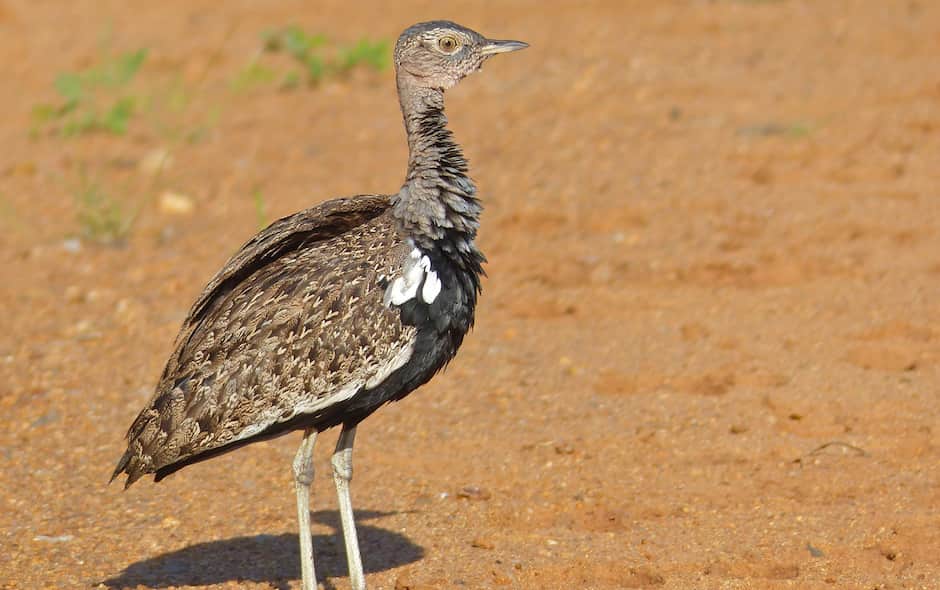 We have a bird in Botswana called a Red-crested Korhaan. Most of the time he seems to be a rather quiet bird with a fairly subdued temperament, but in breeding season when a female happens to find herself in his arena, and it really cannot be classed as anything but an arena with the show he puts on, and he gets a little randy, you wouldn’t recognise the fellow. We saw one that trip and watched him for a good while. It was difficult not to fall off your chair at his antics.You know how watching a drunk youngster, you can almost tell what kind of booze he was consorting with by the way he acts.

Overindulgence of Beer turning a nice calm young man into a loud progressively obnoxious character who believes he is the very ultimate of what every woman desires. Enough of this lubricant produces courage in even the most reserved enthusiast, but often when faced with an opportunity to chat to a girl this courage devaporates quickly and has the young man coming to his senses and backing off often making a fool of himself in the process.

Tequila has a man becoming bolder and bolder, louder and louder and as time progresses he becomes very strong, then suddenly when the over ingestion catches up with him, he collapses in a heap with no memory of the nights antics.

Vodka tends to produce a fellow that becomes serious, and the more he explores the bottom of the bottle the more serious he becomes. He thinks little of the beer drinker believing himself to be of a better class and much more suited to impress the ladies, but refines his art by trying to involve her in serious conversations. He doesn’t appear to be drunk because each step he takes is calculated and severe and he makes sure each step is securely planted and stable before taking the other foot off the ground,

Gin makes a person morbid and sad and they sort of drift into their own sorry world as they spend more time drinking it.

Perhaps your experiences are different to mine, but regardless, people act differently when under heavy influence. Watching this Red-crested Korhaan that afternoon was like watching a person who had overindulged in all the above and from one moment to the next couldn’t decide which drink had affected him more.

He approaches the female with a stiff legged but slow and purposeful step, very upright and proper, as if he is going to involve her in some formal conversation (VODKA). As he gets close to her she detects his approach and turns to him. Panic sets in and he begins bouncing around up and down like a clown on a trampoline each backwards bounce taking him away from her (BEER). She turns away from him and walks off thinking what a twit this guy is. As soon as she turns away, he gets all proper again (VODKA), she turns and he flees in a panic, (BEER), then vodka, then beer, then vodka then beer. She decides she has had enough of these antics and storms off. He just stands there in a very dejected slouch as she walks off feeling exceedingly sorry for himself (GIN).

He notices she is leaving his arena and so he leaps into the air and landing in front of her directs her back into the Arena like a bull in a china shop (Tequila). When she turns to him, its back to beer, vodka, beer, vodka, then gin, then am moment later TEQUILA.

Then beer, vodka, beer, vodka then gin then TEQUILAAAAAAA. Each time he gets more excited, and It just goes on and on and on. I am certain that the only reason these creatures ever mate, is when the female gets so sick of being hounded by the idiot male and gives up allowing him to ……… Tequilaaaaaaa, after which he crashes, and we see the other side of ……… tequila.

Just in case you aren’t sure anymore, I’m still referring to the Red-crested Korhaan.