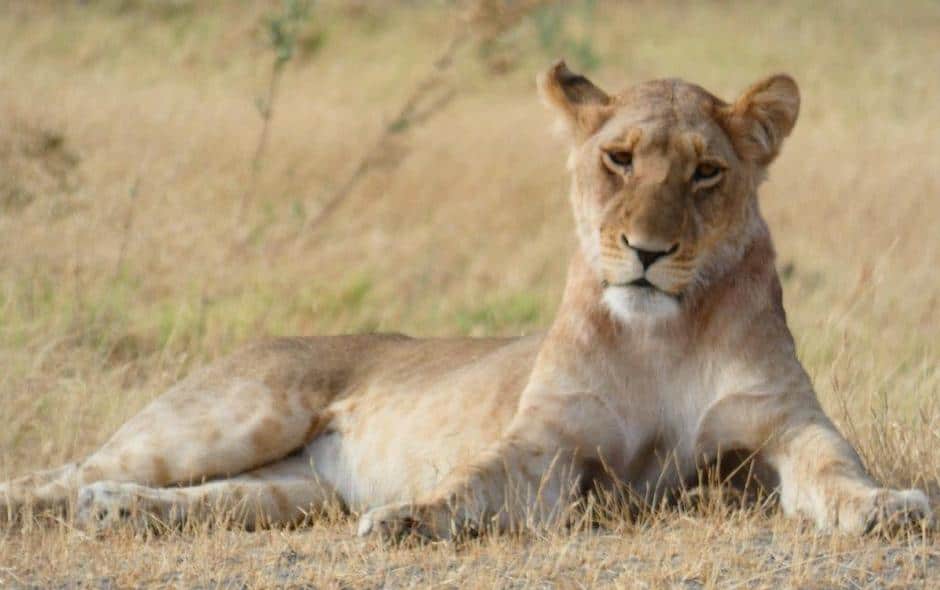 First Night on the Boteti

We arrived after dark, and it really was very dark. We had been driving all day and were exhausted. We had vehicles and trailers, loaded to the brim with supplies we figured we would be needing to set up the rest of our lives. On a previous visit we had identified our campsite and found ourselves this night under the camel thorn tree with no intention of unpacking the vehicles and setting up camp. We would do the bare minimum that we could get away with.Finding some firewood and putting on the kettle was about as much as we wanted to do. We then realised we needed a place to sleep. The people in the nearby village had told us of lion in the area, lots of lion they said, and to be honest we didn’t really believe them. We figured however we may encounter hyena and so would need to put up at least the kitchen tent with drop down sides to protect perishables from these bandits of the bushveld. Steve opted to sleep in the back of his canopied Hilux, and I had yet to decide.

We spent the time while the kettle boiled to erect our kitchen, we unpacked the perishables from the Hilux to create a space for Steve to crash down for the night and packing these crates down on the drop-down sides of the kitchen tent to hold them firmly in place, prepared for the night. As we prepared a light dinner, the exhaustion began to creep away, and the excitement began to fill the void. We were here, ready to begin our dreams.

The place we settled in was on the very edge of the Makgadikgadi Pans Game Reserve. There was no separation between ourselves and the reserve par a riverbed, no fence, no water. We were 6 kilometres away from the nearest village and we had no idea what was in store for us. Outside the small circle of light created by the fire, we felt surrounded by Africa. It was so quiet, the breeze whispering faintly through the trees. We began discussing our plans for the following day. We were going to build our campsite and we had to figure out where. Where would we base the ablution blocks, where would the campsite be, what would we call it, where would we find water, what about staff for the build. Tonight, maybe tonight wasn’t the time for all this. We drank our coffee and prepared for bed.

Steve climbed in the back of the vehicle, his feet sticking out beyond the tailgate of the vehicle. I figured if there were lion around, I didn’t want them sniffing my feet, so I unrolled my bedroll in the kitchen tent. As I drifted off to sleep I vaguely thought that the sides on my tent were entirely made of gauze, all the way down to the ground, and the tent had no groundsheet. Perhaps the back of the hilux would be better. Oh forget it, I’m here now……..

As the fire died down and the night settled in, we both faded off to sleep …..

I sat up with a start, wide awake, not a hint of sleep, alert, aware and very, very awake. What had woken me, had it been a sound, a rustle of leaves that sounded out of place, feet moving through the grass. I strained into the night with my vision and my hearing but there was nothing. Nothing at all. I could hear Steve snoring, but every time I began to relax there was something inside that wouldn’t let me go. I felt I was being watched. Reached for my rifle, and I lay in rigid suspense, the gauze drop down sides of the tent offering me no protection in my predicament and the lack of a built in floor had me questioning my bravery. The occasional view of Steve’s feet sticking out of the back of the hilux every time the breeze gave a little life to the coals, had me thinking that tomorrow, tomorrow we would first set up camp. It was a long night.

In the bush, the coldest time of the day is just before sunrise, the wind picks up a little as the land far to the east warms up in the morning sun and a chill comes in from the night behind you. As the sky begins to turn to the faint colours of the sunrise, first ever so tenderly and slowly, like so many other animals, you begin to have hope that you made it through the night, you lived to see another day. I felt that hope as I watched the day come about. The brighter it became the braver I got, I could see again. I surveyed my surroundings and put on my shoes. It was time to see what had kept me awake all night. I didn’t have far to go, just about as far away as a person could spit we found the tracks. There were lion, the people were right, this had been just a single female. We scouted back and forth along her tracks and found that she had spent the night under a bush nearby.

We would come to know that here, on the edge of the Makgadikgadi, on the cliffs of the Boteti’s dry river course, the lions did not behave as we expected they should. They were not the same as other lions. We would come to know them as the ghost lions of the Kalahari and during the next year as we built our campsite and prepared to build our lodge, we would hear them constantly at night and we would find their tracks in the morning, but we would never see a single one.